Last week, I attended the opening of the exhibition GesammttkkunnsttMeshuggahhLaandtttt by Charlemagne Palestine in Vienna. The exhibition is hosted by Kunsthalle Wien at their Karlsplatz branch. Already when I approached the glass cube, I realized that this exhibition will lure its visitors into a different world: the word ‘Kunsthalle’ was written across the cube with colourful fabric pieces.

Inside, the room was even more colourful and the title became instantly clear to me: it is a mixture between this German word for total artwork (as the exhibition should be seen as ‘Gesamtkunstwerk’) and the Jewish word ‘meshuggah’, meaning crazy and linking to the artists Jewish roots. At first, the only thing I saw in this ‘craziness’ was cuddly toys – a lot of them. Placed on a piano, on the walls on the floor. The artist was present as well -his appearance is as colourful as his artwors – and researching his past and oeuvre beforehand made his artworks at Kunsthalle more accessible for me. Charlemagne Palestine is an American composer, visual artist and performer. At Kunsthalle, the total artwork includes videos, cuddly toys sculptures and installations amongst others.

Palestine is a passionate traveler. His red suitcase is on display with cuddly toys – objects accompanying him on all his journeys. Similar to Asian cultures, Palestine thinks that these ‘divine toys’ – usually regarded as lifeless – do have a life as well. You can see the suitcase in the back of the picture above. Another key element is a piano covered with those cuddly toys. According to the booklet of Kunsthalle Wien, the piano relates to the artist’s fascination about its resonance. Also being a musician, Palestine sees links to the sounds of Indian culture and northern lights.

At first sight, the exhibition might appear ‘meshuggah’, as the title suggest. But experiencing the artworks in combination with research about Charlemagne Palestine will take you on a journey to your own childhood and travels and will show you a new perspective of our daily lives.

If in Vienna, I highly recommend to visit this ‘Gesamtkunstwerk’. There are free guided tours every Tuesday from 6.30 to 7 pm. On 7th October, 2015, at 6 pm, there is a tour with the Kunsthalle Wien curator Luca Lo Pinto.

A Chair Affair – Review of the Thonet Exhibition at MAK Vienna 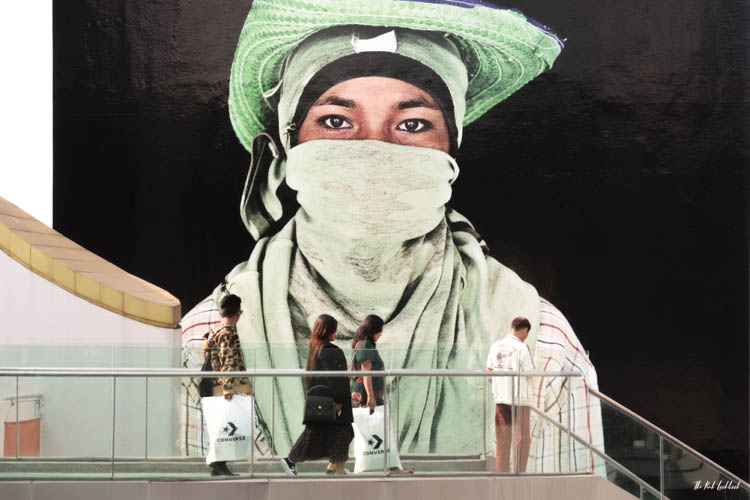