“Birds-Eye Vienna. The City at a Glance” is the current exhibition at the Wien Museum in Vienna, Austria. This museum is located near the famous Karlskirche (St. Charles Church) and it is one of my favourite museums in Vienna. It is lesser known but the exhibitions always cover really interested topics. As a traveler, I use maps all the time – most of the time Google Maps but also “old school” maps to get around and mark the sights with a pen. The exhibition gives an overview of how maps in Vienna evolved over time, at the same time giving you insights into the development of the city. 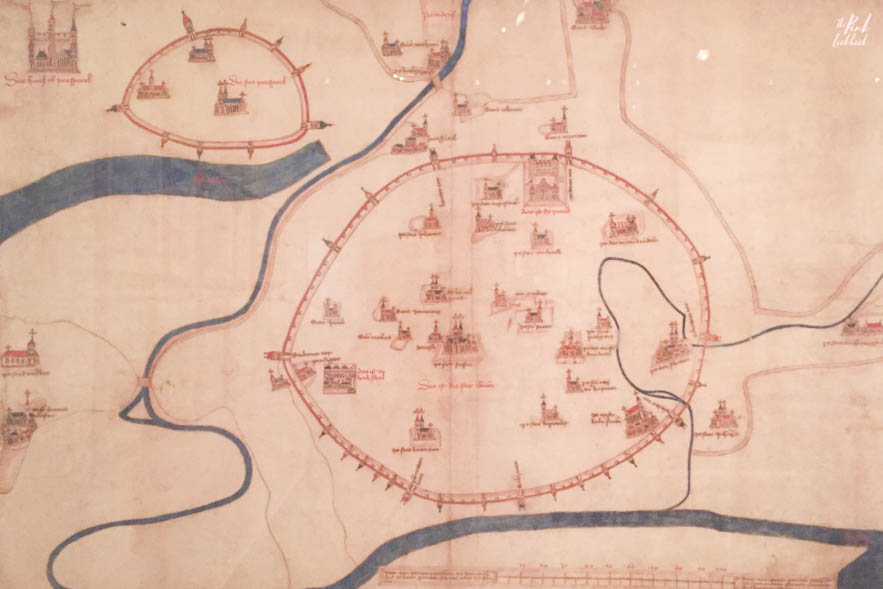 ”This is the city of Vienna“ was written by the drawer of this map in 1421. This is the oldest preserved map of the city. It shows some sacral objects, the town fortification and the university.

I really liked the juxtaposition of traditional maps and non-conventional ones. You will see the oldest map of Vienna, maps for certain groups (e.g. women and lesbians), maps for warfare and really funny maps. 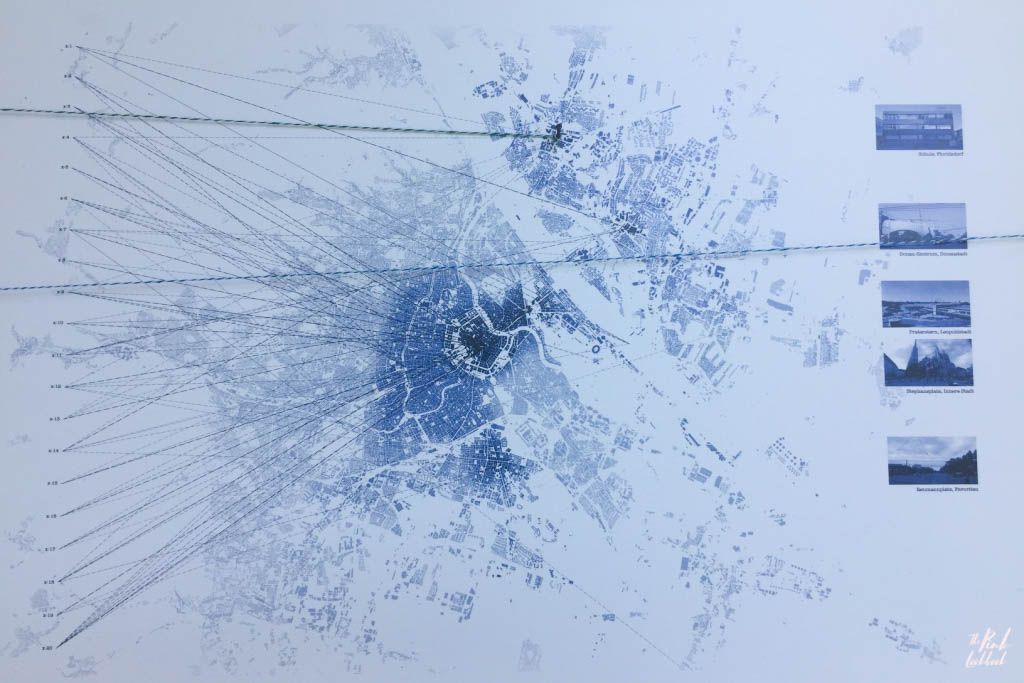 This map was made during a study with a Viennese high school. The pupils were asked about the most important and central and also negative locations in Vienna. The more often a certain location was named, the darker the blue in the map.

In one of the side rooms, there is a collaboration with high schools in Vienna covering different topics – participants like the school for landscaping and floristry inspired artists to create unique maps. 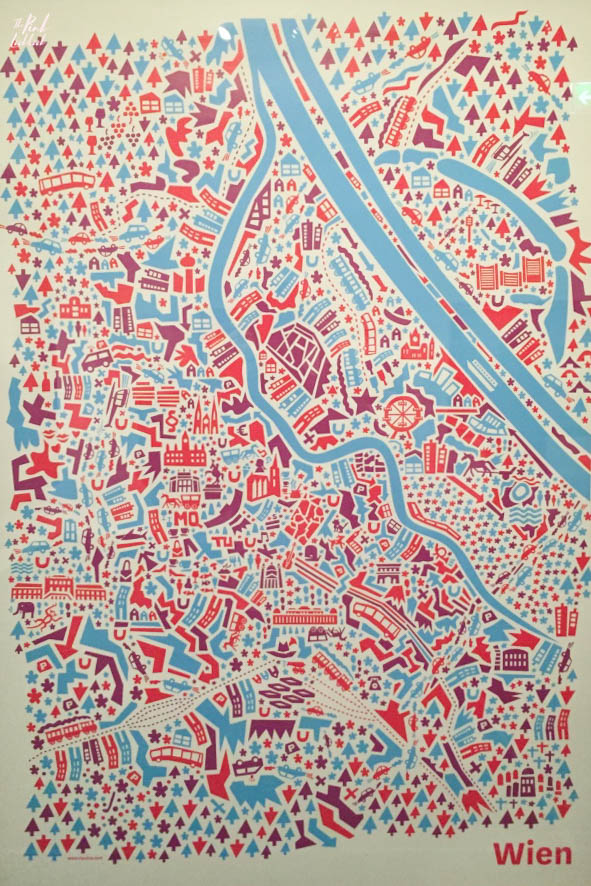 This is one of my favourite maps – the “Vianina” poster by Nina Simone Wilsmann.

The exhibition has a strong focus on maps. However, as the exhibition title “Birds-Eye Vienna” suggests, there are other views of the city as well. Among these are paintings with so-called “Vedutas”. Vedutas are views of the city within paintings from the 15th century onwards. These views do not necessarily have to be accurate. Very often, only certain buildings can be identified and are a hint of the city depicted in the Veduta. 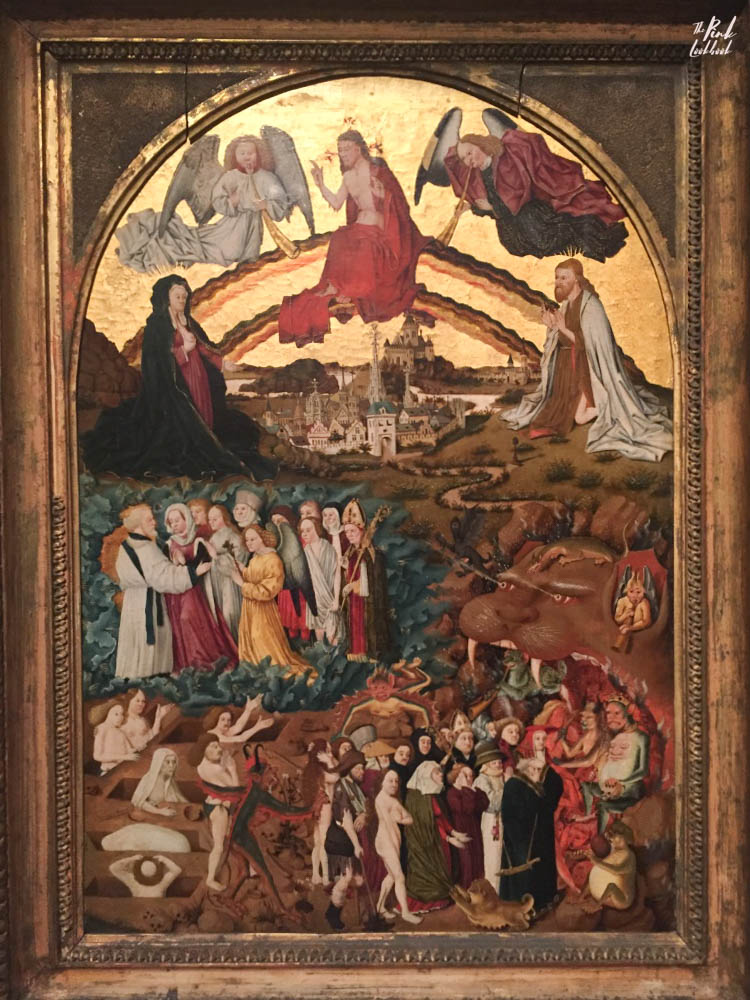 Vedutas – views of the city – were really popular in paintings from the 15th century onwards. Even though they often are not objective depictions of the city, the buildings can clearly be identified. In the painting above, you can see Saint Stephen’s Cathedral for example. 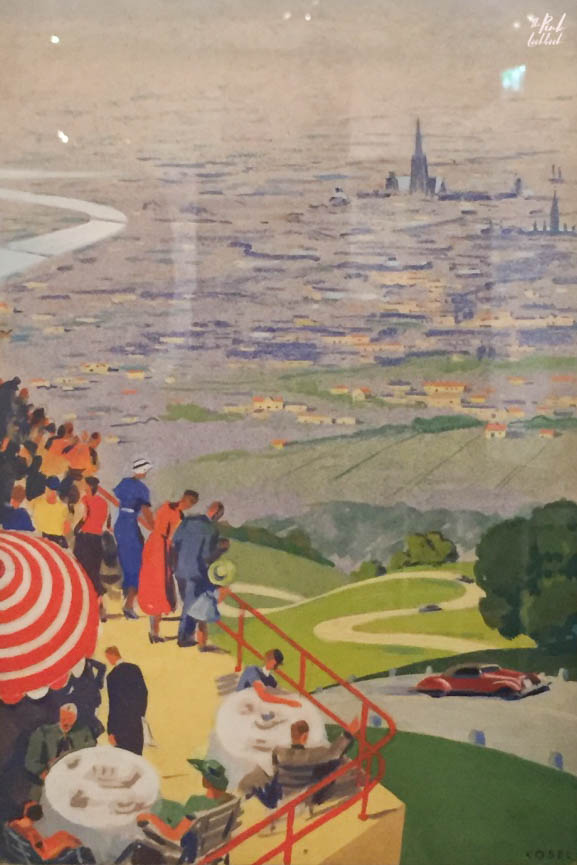 I love this draft of the view from the Kahlenberg, a mountain in the Northern part of Vienna. I have been there so many times and I really like the retro-feel of this painting from the 1930s.

When visiting an exhibition with a main focus on maps, you might think that you may only see boring 2D exhibits. However, the exhibition is made in an intriguing way combining standard 2D elements with innovative 3D exhibits, such as a panorama view of Vienna on the occasion of the demolition of the city wall in the second room. 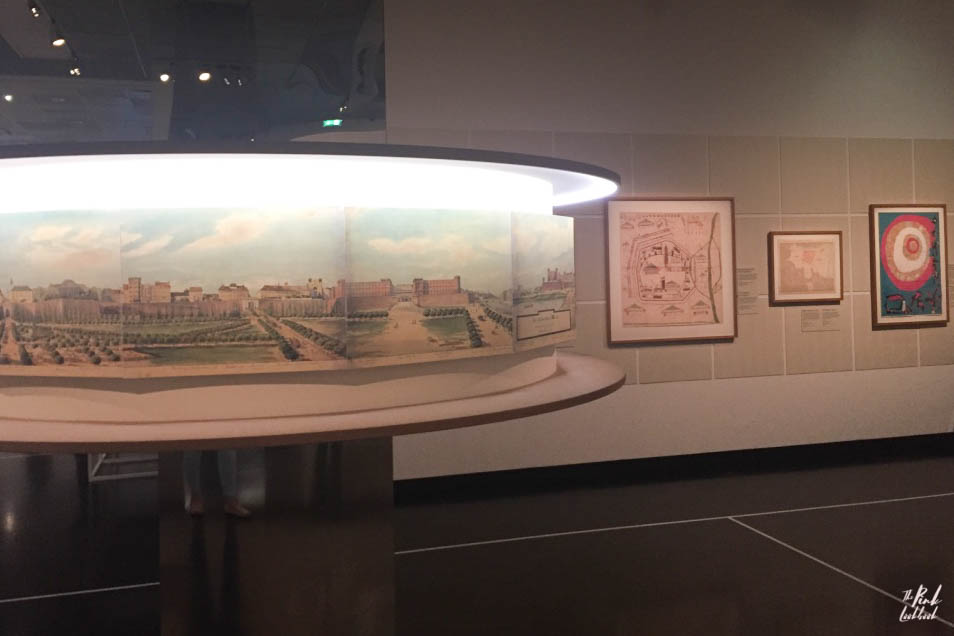 I liked the mix of 2D and 3D views of Vienna in this exhibition. On the left is a panorama drawing of the city on the occasion of the demolition of the city wall.

There are also some contemporary art exhibits – Egyptian artist Ashraf Ibrahim occupied himself with maps of the city of Vienna during his stay in 2007. One of the 1000 maps he painted over is exhibited at the Wien Museum. 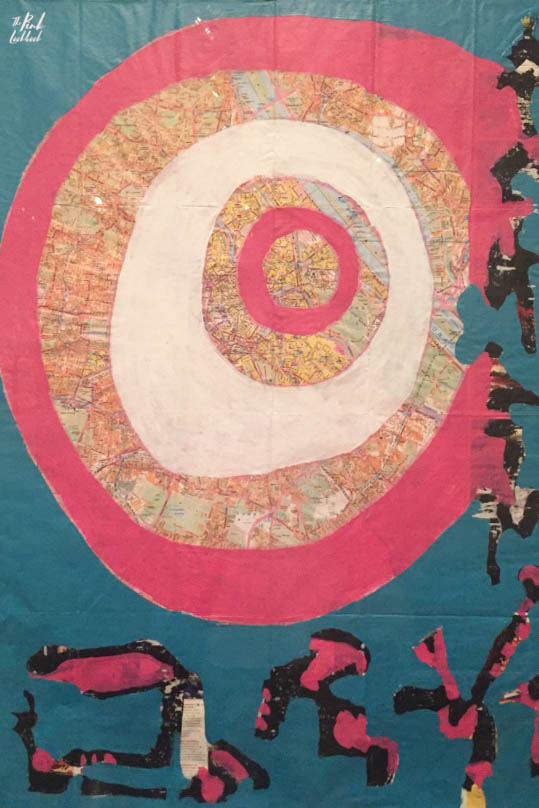 Ashraf Ibrahim’s artwork is a reference to two cultures – while maps are commonly used in Europe they are rarely used in Egypt. The artist took 1000 free tourist maps during his stay in Vienna in 2007 and painted over them.

You will find maps for several occasions. From maps for special interest groups … 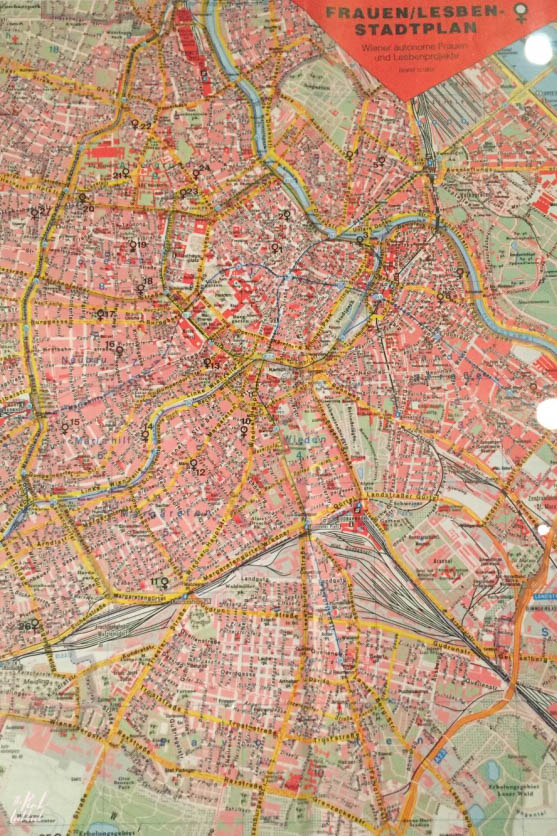 The exhibition also showcases special maps, such as a map for women and lesbians.

… to those used for warfare.

A map for the aerial bombardment of Vienna during the Second World War.

I have spotted the subway map below already before visiting the exhibition and I love it. I know how tough it can be when you are in a country where you do not speak the local language and you have no idea how to say all these words. This really cool subway map of Vienna helps you to pronounce the station names correctly by using English words. For example, Ottakring would then be pronounced Odd-Duck-Ring. Easy, right? 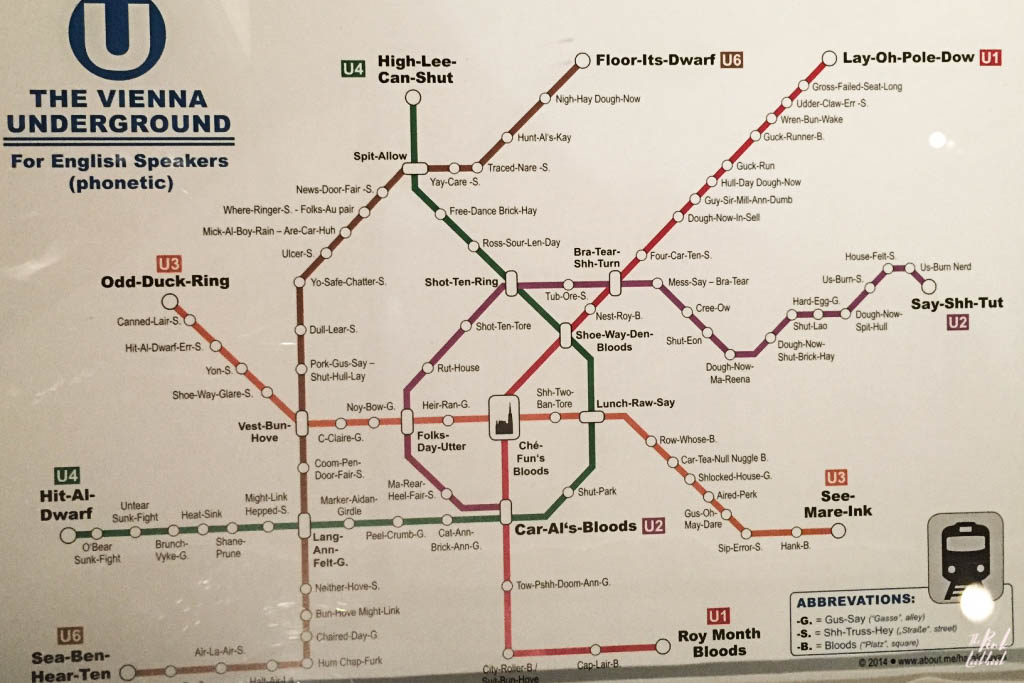 This is a must for all non-German speakers travelling to Vienna: this subway map tells you how to pronounce the names of the stations.

At the end of the exhibition, visitors are asked to participate in a map themselves: you can mark locations in Vienna according to emotions you have experienced at a certain location. 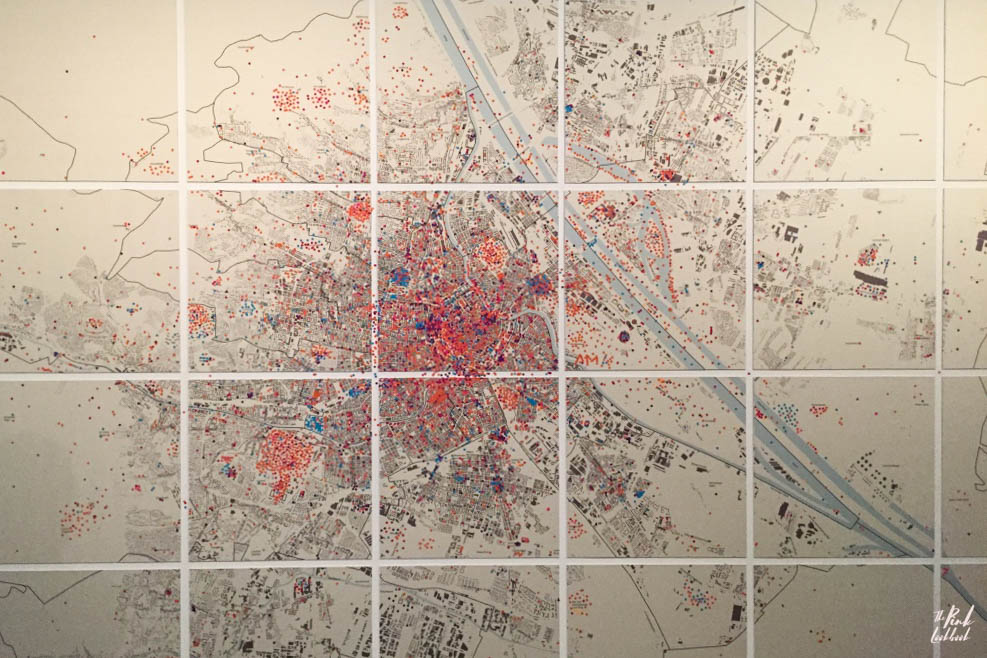 The “Map of Feelings and Emotions” asks visitors to mark locations where they experienced lust (kissing, flirting, etc.), fear, joy and anger and mark them with dots in the corresponding colours.

Whether you are an avid traveler or just want to learn more about the city of Vienna, I highly recommend this exhibition. It is open until 17 September 2017. 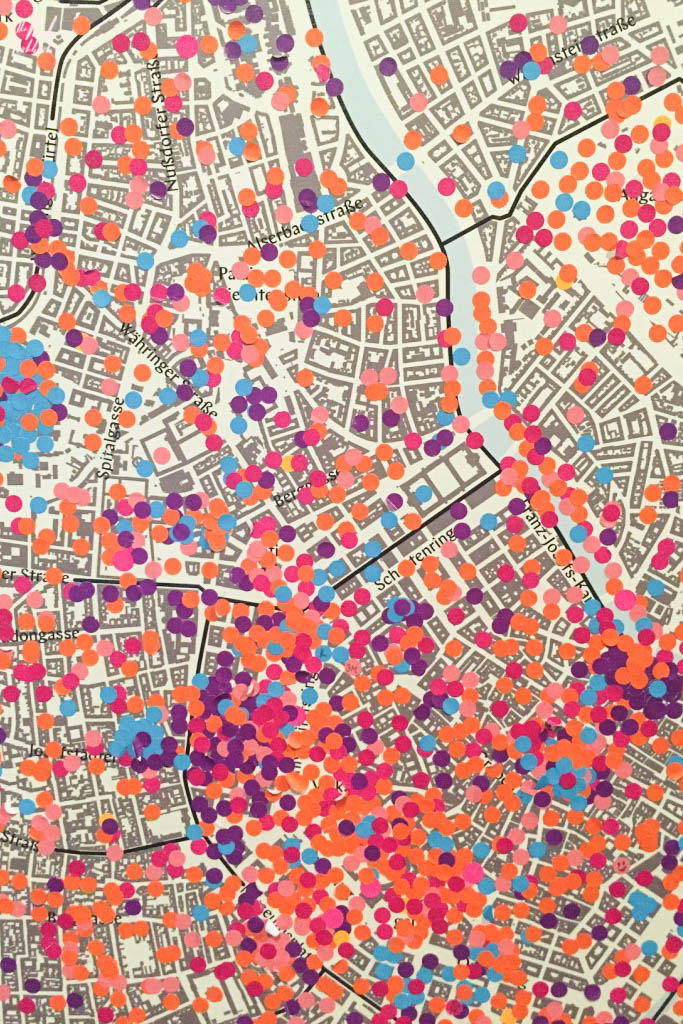 Close-up of the “Map of Feelings and Emotions”.

A regular ticket is EUR 10 (about USD 12), concessions are available. There is free entry for all visitors on every first Sunday of the month. 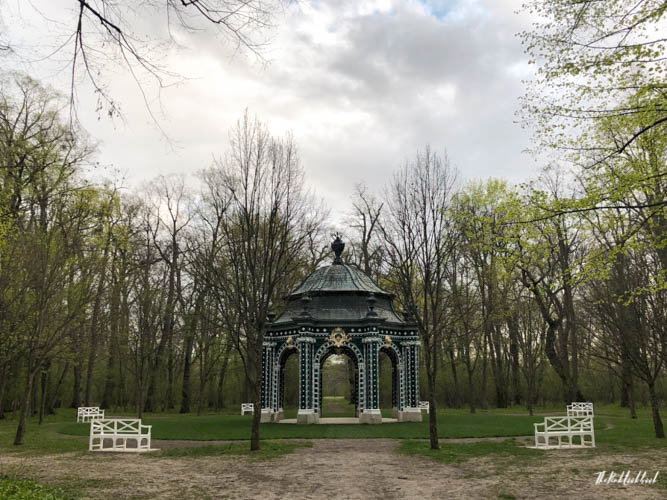