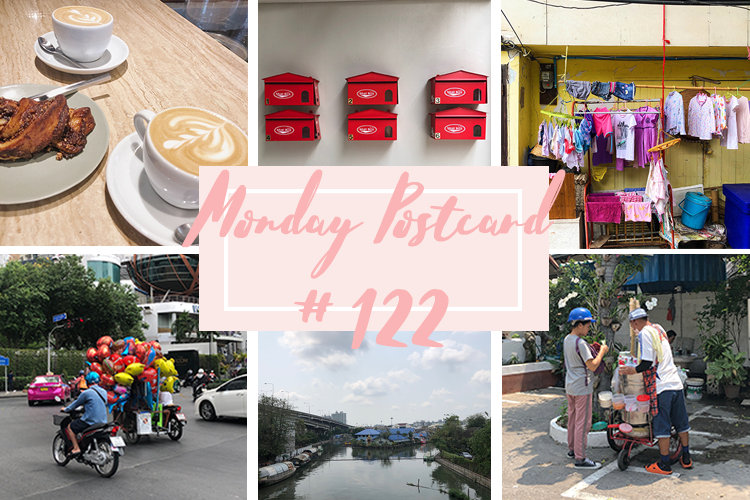 Up until my twenties, I was a “typical” Austrian girl – I grew up in the countryside, went to high school nearby and then to university in Vienna. Most of my friends were Austrian or second generation immigrants from Hungary, former Yugoslavia or Turkey. Superficially we all looked the same, we were Caucasians or “white” and – it will sound really naive to you – I never felt “different” or “foreign”. It was not because I did not want to be friends with people of colour. In the region where I grew up, there were just not that many. The first acquaintance I met who did not have one of the cultural backgrounds I just mentioned, was one of my tennis trainers. He came to our town from Jamaica. I never cared about anyone’s cultural background or skin colour. I always found it really interesting if somebody had a different story to tell. I did not even question it.

(Before I continue, I would like to note: I am well aware that me writing such a piece may stir up emotions and I am not trying to write this from the perspective of those who are discriminated against. My aim here is to write this piece for people who think racism and discrimination is a thing of the past because it has never happened to them.)

The first time I experienced being “different” was during my semester in China in 2007. When I travelled the country and even in Beijing, people stared at me or talked about me. On the train, the subway or the street people took pictures of me – sometimes they asked, most of the time, they tried to get a snapshot of me when they thought I was not paying attention. When I said in Chinese that they could have just asked me, I could see that they were not prepared for that. Most of it was positive – it was curiosity because white people were something a lot of Chinese people, especially in the countryside, only knew from TV. They all believed that I was American – even though I had a strong Austrian accent when I spoke English or Chinese. I got asked why I was not fat, because “all Americans are fat” and I was asked to be in TV commercials for the Olympics. I politely turned them down, pointed out that I was not a native speaker and said that my friend was British and he would do a much better job. “But he looks Chinese, we want a white face.” (sic!)

I was a “Laowai”. “Lao” means “old” and “Wai” is the term for “outside” or “abroad”. Similarly, I was a “Gweilo” in Hong Kong and in Bangkok I am a “Farang”. These terms are mostly applied to white foreigners only. They are not negative terms per se but can also have a negative connotation. For people of colour there are terms as well, but they are rather clear regarding their meaning: most of the time, they are negative.

Shortly after I arrived in Beijing, I went to buy a phone and a SIM-card. Wherever I went, people were extremely open and friendly. Sometimes, because they knew they could charge me way more than a local, because I was not used to bargaining. But most of the time, the interaction ended with: “If you need a local friend, we can hang out.” I thought it was a nice gesture but found it a bit strange. In Europe, nobody would say that after you bought a product at their store. After some weeks I realised that I was seen as a “status symbol” – having a white friend was a cool thing.

I have been very fortunate so far during my travels. Even though I might have gotten strange looks, I have enjoyed the privilege of being white with a European passport. For a long time, I did not realise what privilege this really is. We may be called Laowais, Gweilos or Farangs (or whichever is the local term) and may be ripped off in the markets, but the way I have been discriminated against is very different from my friends who are people of colour.

In many countries, it is normal to advertise apartment buildings by saying there are no Indians or black people. Dating apps like Tinder are full of short descriptions such as “no Indians or black people” or “white guys only”. The first time I saw this, I had to think about the Nazi-regime, when Jews were not allowed to live in the majority of buildings. When I mention to newly-found acquaintances that my partner has an Indian background, I can see and feel the reaction. People look at the floor, just reply with “aha”, or raise their eyebrows. I also got the advice to date “Asian-looking men” instead, because then my children would be “more beautiful” one day. The next step is that they usually want to find out more about my partner’s background. They are looking for clues like international schools or a wealthy family. Maybe they could forgive the choice then. I do see the looks we get on the street or when we go to restaurants. And it breaks my heat that even in 2020, it is not about the personality of someone but merely the colour of their skin.

When white people go abroad, we are called “expats” but foreigners (usually from areas other than Western Europe or America) are called “immigrants” in our own countries. Since the so-called “refugee crisis” in 2015, the term “immigrant” itself seems to be mostly applied in a negative way. I was an immigrant too when I went to work in Germany or when I had a start-up in Hong Kong. Why was I an expat – or even a “status symbol” while others would be seen as immigrants? When I go to meet fellow expats, I sometimes hear things such as “It does not even feel that we left our home country, because we are surrounded by the same people, speak our language and live our lives as we would at home.” Imagine an “immigrant” said something like that. The reaction would immediately be that “these people do not want to integrate”.

I remember a drawing competition in middle school. In the 1990s, there were many campaigns in Austria against racism. Austria only apologised for the Nazi crimes in the late 1980s and due to the war in former Yugoslavia, many people fled to Austria. There were TV adverts with soccer teams or about multicultural awareness. These advertisements emphasised that many Austrians have multi-cultural backgrounds due to the Habsburg monarchy, which used to span across large parts of Europe. The topic of the drawing competition was to show that we are all the same – no matter our skin colour, cultural background or language. I drew the earth surrounded by children from different countries holding their hands. Almost 30 years later, I have the feeling that we have moved backwards. Populism is on the forefront in many countries, politicians play on the fear of the unknown and create frictions between us. Instead of offering somebody a hand, we move away from each other.

It would be naive to think that there was no racism when I was younger. I know that I was probably just not as exposed to it as I am now. But I have the feeling that in recent years it has become more “acceptable” to make racist comments or use it as an excuse for populist policies. I guess I do not need to remind you as my readers that all of this is total b******t, but it cannot harm to send the message out again.

Let’s start this week by offering a hand, have a good week ahead! 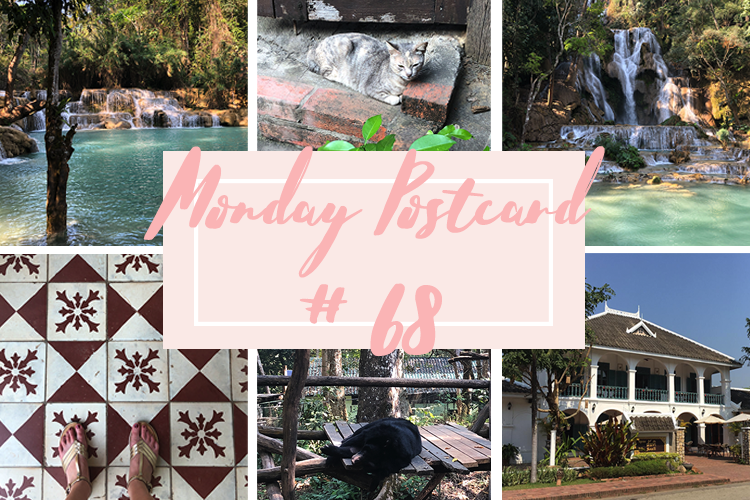 Monday Postcard #68 – Some People Are More than Kind 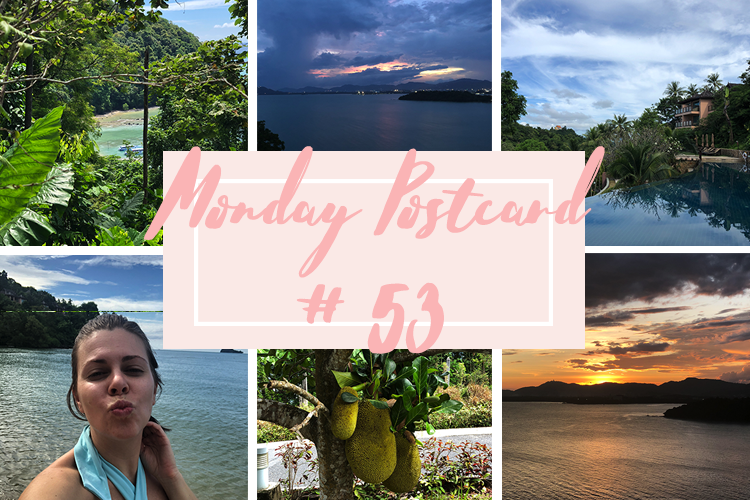 Monday Postcard #119 – Why I Call Myself a Feminist