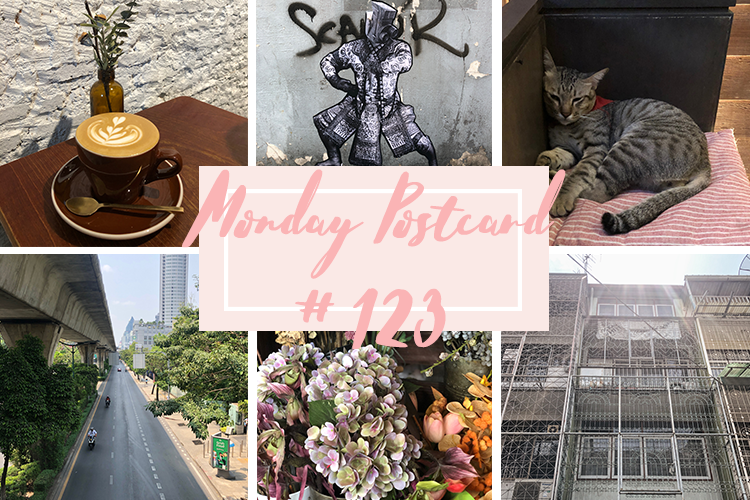 Women’s Day 2020 – and I was doing research on “tradwives”, a movement I recently discovered in an article. This term is short for “traditional wives” and refers to women who “obey their husbands like in 1959”.

You can probably imagine what my initial view on this was and what triggered my research. Nevertheless, I decided to have an open mind, do some research on the movement and watch some of their videos. I wanted to understand why these women would choose to lead a life like the women 60 years ago. At first, I thought it is a fashion trend – women who love petty coats and more defining clothing. Maybe even those who enjoy wearing corsets.

One of the most prominent tradwives online is British Alena Kate Pettitt, who runs “Darling Academy”. On her website and Youtube channel, Pettitt describes her online publication as targeted at “Homemakers of our generation who are happy to submit to, keep house, and spoil their husbands like it’s 1959.” According to Pettitt, husbands “have to come first if you want to maintain a happy marriage”. Furthermore, a wife is supposed to let her husbands know that he comes first. She talks openly about the household allowance she receives by her husband. It generously includes a “buffer” to spend on herself and, hence, she does not need to worry about asking him for money.

In an interview, Pettitt recalls that in her twenties, she felt pushed by the media into the career direction. Shows like Sex and the City, amongst others, glorified career women but Pettitt could not relate to it. As the daughter of a single mum, she saw how tough it was for her mother, who was forced to work and take care of her family. Her husband would realise that all she wanted was a man to look after her and who can make her feel secure. She found what she calls a “sense of belonging”.

Pettitt’s answer to feminists is that feminism should be about choices – she made the choice to “invest in [her] husband and family and invest in them to be the best people that they can”. She considers this selfless.

In addition to Pettitt, I found several other channels about the topic. Some do not label themselves as “tradwives” but they share the same values. Women are addressed as “traditional sisters” and there is a lot of emphasis on that they respect “career sisters” as well. All these videos aim to spread a warm and understanding atmosphere, a sense of respect and belonging. Usually, the women talk slowly and softly.

Let’s start with the (little) aspects on which I agree as well:  respect is key. And I also agree that feminism is about being able to make a choice. I also experienced that many women my age look at career women before us and see how tough it is to juggle career and family. A lot of them think why would I do this to myself? Maybe it is better I focus on only one aspect and either become a career woman OR have a family. It personally makes me sad that so many women have become disenfranchised and do not even consider trying.

If your dream is to become a housewife – fine with me. Your life, your party, your rules. But I want to stress the last one: YOUR rules. If your dream is to be a stay-at-home-wife, it does not automatically mean that you have to obey anyone, including your husband. Whichever dream you choose to pursue, I strongly advise you to make sure that the choice is an informed one. Hence, I would like to discuss what being a women in 1959 looked like.

In 1959, women were far from being equal and make the above-mentioned choice. While women were in the workforce during the Second World War when the men fought at war, the 1950s forced them back into more traditional role – the one of the homemaker, the mother, the housewife. This was also due to the legal landscape. Until 1977, a woman in Western Germany was only allowed to have a job, if it was “compatible with her duties regarding marriage and family”. Hence, the household tasks and raising of the children were a clear responsibility of the women. If the husband did not agree that his wife could manage to do both, he just did not allow her to work. Until the 1990s, job descriptions in many countries were solely targeted at men. Consequently, living like in 1959 would then mean not even having the choice and obey?

Pettitt mentioned that she was seeking security and a husband who could take care of her. I personally do not believe in the fairy tale of the princess who depends on a strong man to save her. I rather see a couple as partners who support each other and take care of each other. And if you ever think about the security aspect, I would like you to think about how secure it really is: Apart from the “mean, feminist” scenario, that you may get divorced one day, what if something happens to your husband? Imagine, he loses his job or is in a car accident and cannot pursue his job anymore, or, even dies. How would you support your family after staying out of a job for several years? And even if it is not such a drastic scenario – if you are just not happy in the marriage anymore – should he be the only one who decides what happens to the relationship and to you?

And I deliberately go back to the “mean, feminist” scenario because it is important: What if he cheats on you, or abuses you – mentally and/or physically including beating and rape, what if he does something to the kids? In 1959, a woman would be stuck with him because she had no other choice but to obey. The Police would not even consider listening to her, because she was considered her husband’s property. Is this really the security we should be looking for?

Let’s also not forget that in 1959, women were not allowed to have their own bank account in many countries. Hence, it would mean that you would have to ask your husband for the above-mentioned “allowance”. I let you decide if you were fine with that. Moreover, if you lived in 1950s France or Switzerland, you would not be allowed to vote. Hence, you would have zero chance for political representation of your interests.

Apart from these legal topics, the point which I thought most about was “feminity”. Mrs. Midwest, another tradwife with a Youtube-channel, calls her followers “feminine sisters”, who pursue the dream of being a homemaker, a housewife and a stay-at-home mum. Why is feminitiy only associated with being the sole caretaker of the family?! I can be feminine AND have a career. I do not think that either of them cancels the other one out.

Furthermore, for tradwives “stable” families are the ones where the wife stays at home. I know so many examples in my circle of friends of stable relationships where both, the man and the woman, equally take care of the household and raising the children. A stay-at-home mother does not guarantee a stable relationship or family. I actually think that relationships with disproportionate power distributions are very likely to end up unstable. According to the tradwives, it is selfless to invest in your husband. But why can we not invest in each other as partners? And why is it selfish to invest in myself too? The husbands who expect their wives to be selfless are, even by definition of the tradwives themselves, selfish. But for the men it is ok?

To sum up, I would like to conclude that I personally find this movement and the views very distorted. These women want to live as if it was 1959 and emphasise that they made a choice. At the same time, they forget that today they have a privilege of choice. And why do they have the privilege of CHOOSING to be a tradwife today? Because women – the “unfeminine” feminists – stood up and fought for the right to choose. It is fairly easy to romanticise the image of women in the 1950s and forget what it really meant to live that life – without being offered a choice.

After writing it, I realised it is quite a long Postcard. But I had been thinking about this topic for quite some time. For me personally, this would never be a viable path for my life and I do see many problems with the promotion of said lifestyle. I do encourage you to pursue your dreams – whatever they are. But whichever decision you make, make an informed one and really assess the pros and cons! Let me know what you think about it!

Some thoughts by my reader Barbara from Germany which she shared with me via text:

I would like to share why I have a problem with the tradwives-movement from a feminist perspective: They contribute to a distortion of the labour market – their husbands receive more freedom by the employer, are more flexible and do not need to juggle two careers or share the tasks of raising the kids. Of course, these men are then more interesting for the employers and, consequently, pressure for other employees increases as the same amount of flexibility is expected from everyone. I realised it when we had our child and my husband and I divided the tasks equally. His bosses made comments such as “Let your wife do it, that’s what mine does.” And to take it a step further and also include the adverse affects for the husbands: For the employers it is great if the whole family depends on only one salary – the employee is then easier to control and less likely to look for another job. 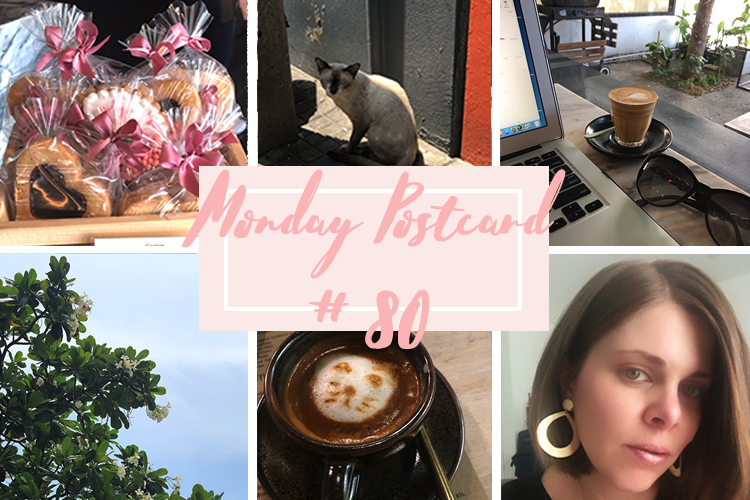 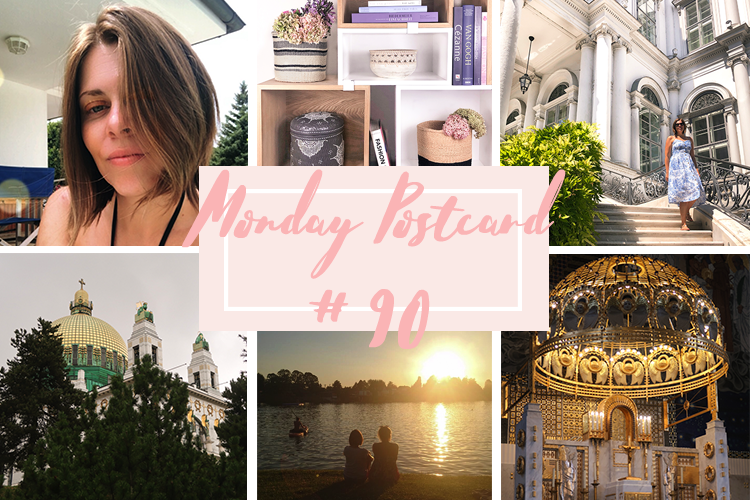