Monday Postcard #128 – What Will Happen after Corona? 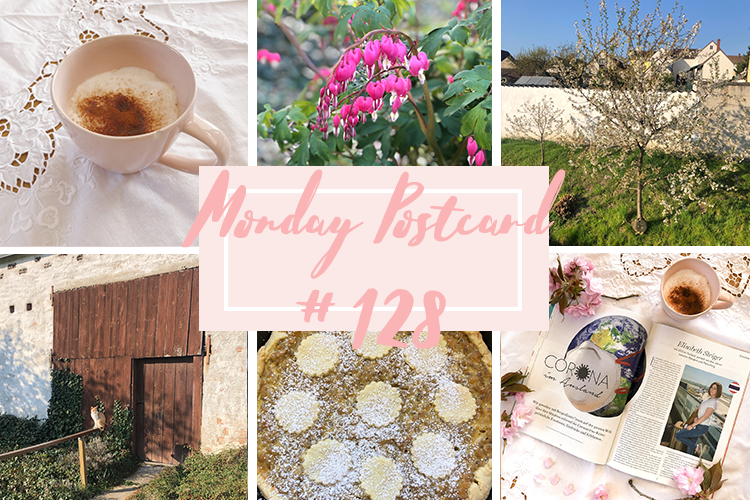 It feels as if we have been trapped under a glass dome. Just like the one in The Truman Show or The Simpsons Movie. With the difference that our “glass dome” is made of the coronavirus. We hardly hear any news which are not related to the pandemic. Many of us have been scared and worried. It seems that everything which was important to us pre-corona – climate change, racism and rising nationalism, gender inequality, fair pay. All of these topics seem to have magically vanished from our minds. I cannot stop thinking that maybe this “corona-dome” is also quite convenient for many politicians at the moment. Are we currently just made to just function and accept anything which is done in the name of fighting the pandemic?

During this health crisis, the young generation (to which I still count myself, I am an “elder millennial” after all) has been asked to protect the older ones. And over the past weeks I can see that the majority of us contributed to this effort. We showed solidarity. But at the same time, I want to ask: Where was the solidarity of the older generation when it came to our fight? They laughed us off when we voiced our concern about the environment. Older politicians always used the convenient excuse: “We do not have money”. While it was the major excuse before the pandemic, it now seems to be the holy grail. Suddenly, money seems to grow on trees. The Austrian government has promised over EUR 40 billion to save the domestic economy. Germany’s government announced a package of EUR 100 billion. The EU finance ministers have agreed to a half-trillion Euro stimulus and EU Commission President Ursula von der Leyen announced a Marshal Plan after corona. When I see these numbers, I cannot help but think about 2008. When governments bailed banks out at any price. If we had asked for these amounts for the climate crisis two months ago, everybody would have laughed at us. Ridiculous! Do you think we can just print money?

Why do we have the money now? Because there is an imminent crisis. Something like climate change will affect us “only in ten years”. It cannot kill us immediately. (Well, it has already killed too many….) We do not have another choice at the moment but to fight this crisis, but it is crucial to think about the long-run. While I was writing this down, I actually cringed that ten years ahead has become the new definition of long-run. The climate crisis will hit us. A few months of fresh air during corona will not change that. After we have recovered from the pandemic, there will be excuses and exceptions for businesses to help them get started again. We will probably say it is more important to start the economic motor again and we cannot take the environment into account. Instead of using this crisis as what Schumpeter called “creative destruction” and support businesses with a sustainable approach, I can already see subsidies and support going to those who will only focus on short-term gains.

Another very worrying development is the increasing nationalist narrative. Our chancellor Sebastian Kurz keeps selling the fight against the pandemic as a competition with other countries. He does not shy away from selling our approach as better than those other European countries. Furthermore, almost all the EU member countries rushed to shut their borders and, consequently, suspended the right to free movement within the EU. Today, our Finance Minister Gernot Blümel suggested to suspend European Union Law for the sake of our domestic economy – an economy which was able to develop and prosper because of the benefits of the EU’s common market. After we have overcome the crisis, people will question the role and the European Union. They will say that in times of crisis, we all fought on our own. It is easy to overlook the billions of investment. As we know from the past, the average EU citizen does not occupy themselves with economic policies but rather with measures such as free mobile roaming across the EU. People will think it was better to isolate from other countries and focus on “ourselves”. We are running the risk of a major identity crisis of the EU. Furthermore, by isolating our population, we will fuel suspicion towards other countries and cultures.

Speaking of isolation, another dangerous narrative the one about “isolating sick people”. As this virus seems to spread easily and quickly, those who suffer from the disease or even show symptoms are asked to stay at home and avoid social contact to limit the spread. I completely agree with it this. However, calling it “isolating” just reminds me of times when those who did not conform to the system or the political mindset were being isolated. It may seem like a small wording issue. But I keep saying, if we speak like it, actions are not that far away.

Lastly, I personally see a big issue with the acceptance of being digitally monitored. The Austrian government keeps advertising an app which is a “soft version” of the monitoring system currently used in some Asian countries. Citizens are asked to register and they are being tracked. If you use the app and you came into contact with somebody who fell sick, you will immediately be notified and asked to “isolate”. It may seem useful at first sight. Our chancellor likes to call this “Big Data” and emphasises that the data would be anonymous. Firstly, Sebastian Kurz and his team want to use tracking data from our phones. According to IBM, the definition of big data is “the use of advanced analytic techniques against very large, diverse data sets that include structured, semi-structured and unstructured data”. What Kurz is talking about is 24 hour monitoring, not Big Data. His party keeps referring to “success cases” of other countries where this system has been used in the fight against the coronavirus. None of these countries are based on the same constitutional values and political system as our republic. Furthermore, there is a big difference in how we see privacy and data protection. Secondly, we are told not to worry, because the data would be anonymous. Per definition, data is never anonymous. It is made anonymous during the analysis process, but indicators like our IP-addresses are not anonymous. And please forget the argument “if I do not have anything to hide, I don’t need to worry”. I do not want to resort to making references to the past where people who had nothing to hide were still being prosecuted.

This outlook is a dark one and may seem overly pessimistic. However, I wanted to point out the dangers which may now be covered by the !coronavirus-fog!. This pandemic is a very new challenge. We are just finding out how we can deal with it. I do not want to imply that all our politicians have bad intentions or fuel conspiracy theories. But I do want to remind us to be vigilant. We need to analyse the pros and cons of all the measures and also the long-term effects on our society, despite dealing with this crisis in the short-term. We need to fight this pandemic but, at the same time, we should not forget that there will be a life after this crisis and that it is dangerous to just blindly follow.  Because only dead fish follow the flow.

Stay safe and have a good week ahead! 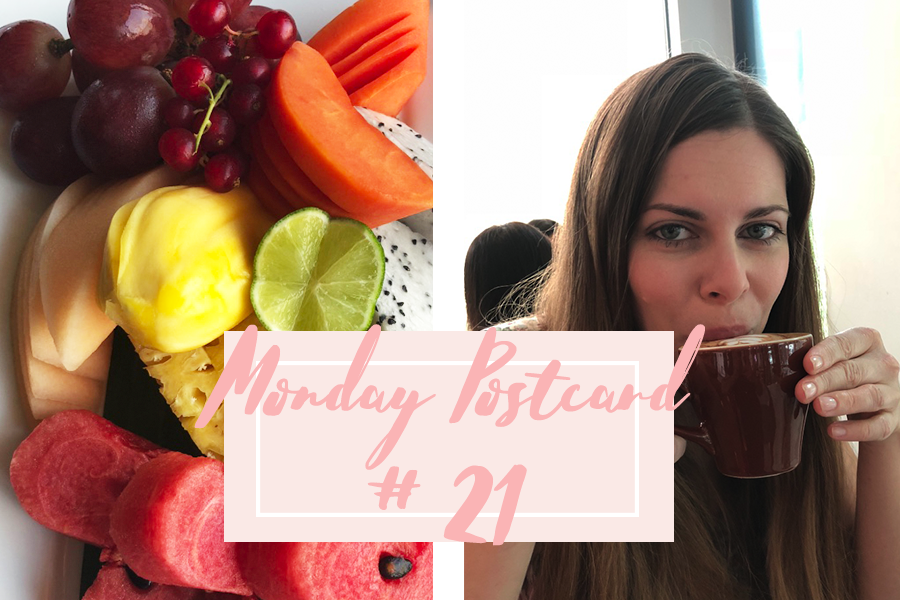 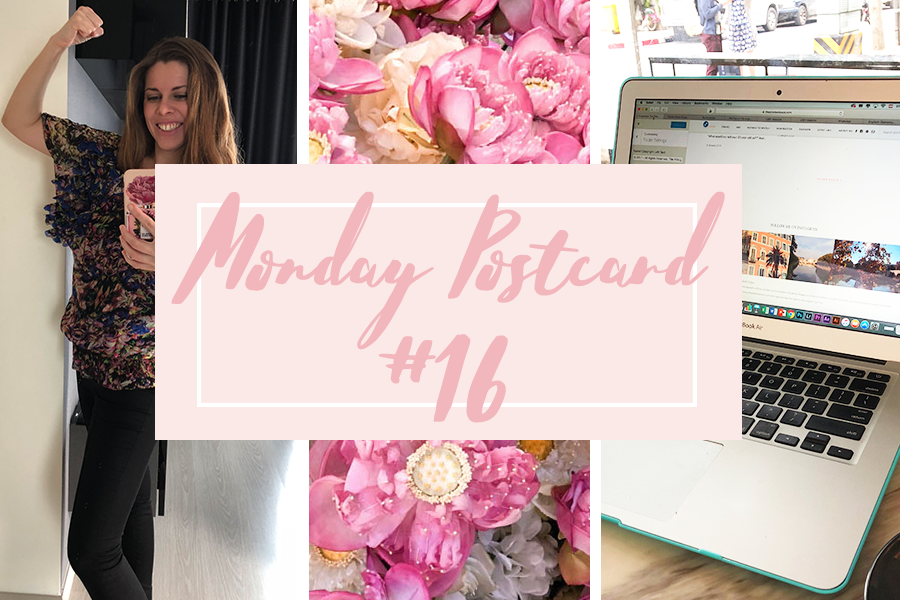 Monday Postcard #16 – When One Door Closes… 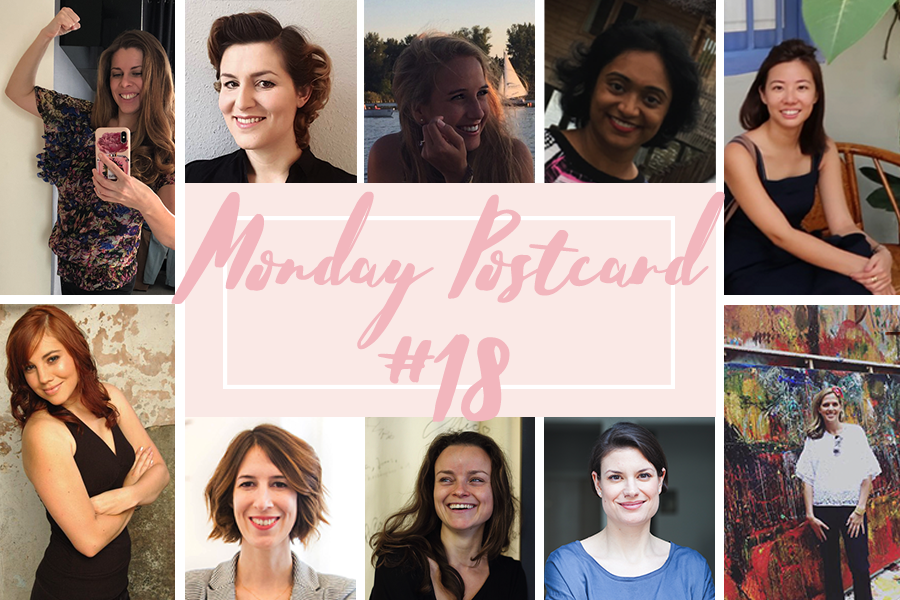