With the travel season at its peak, I did not want to let you leave without some books to relax at the beach, pass time on the flight or prepare for your travels. I have put together 6 of my all-time classics for you if your are travelling this summer.

Guy Deutscher – Through the Language Glass

Travelling comes with foreign languages, feeling lost and misunderstandings. When I travelled to China for the first time, I was stuck at an airport in a rural area. Nobody spoke English and everything was written in Chinese characters. I realized how important it is to learn languages. As I communicate in English most of the time, which is not my mother tongue, I know that a lot of our thinking and interpretations are influenced by our cultural upbringing and mother tongue. Guy Deutscher’s book, therefore, was a great read for me. With his linguistic approach, the author shows how language impacts our way of thinking. Deutscher manages to draw your attention to details you would never think about – the influence of grammar or how do you tell a story to friends from different backgrounds. It is a must read for all world travellers out there but also for somebody who is comfortable at home to understand the challenges and room for misunderstandings of people who arrive in that country.

Are you in need for another travel bucket list? Maybe something involving food as well? Then Majumdar’s book is perfect for you. Majumdar takes you on a journey around the world to taste food you have often never heard before. When I read this book, I felt hungry all the time and could not stop thinking about all the dishes of his travels. He manages to describe his food experiences in a way that you feel as if you were sitting with him at the table and sharing the food with him. I absolutely loved it and so many dishes are now on my bucket list. (I read the book in German and for some confusing reason, the English title “All You Can Eat” was used, the original English title is “Eat My Globe”.

With Iran slowly opening up, it is not a secret that the country is on the list of most adventurers. I always force my Iranian friends to tell me more about the country and show me the beautiful pictures. Shiraz and Isfahan are places I really want to see. And, of course, there is no trip without seeing Persepolis. This book, however, catches your attention with this historic site as its title, but tells the biography of the author – her childhood and young adulthood during and after the Islamic Revolution. I am usually not the typical reader of graphic novels but this one is a captivating read to get an insight into the countries past and current political developments.

Paul West is a Brit living in Paris and after opening a restaurant, he is deep in the (financial) “merde”. He receives an offer by the tourism board of England to promote the region in the US while touring around in a Mini. Paul is accompanied by his french girlfriend Alexa and his American poet friend Jake. It is a hilarious course of events and clash of cultures that also shows that marketing in the tourism industry is often not as sexy as we imagine it. I personally found it interesting to read about the differences between Brits and Americans – do not get me wrong here, I do know that they are totally different but this made me realize the subtleties. Join Paul on his road trip and get an insight into his personal experiences – how he lives as a Brit in France, cross-cultural dating and intercultural misunderstandings. If you are planning a road trip in the US, this is the book to read.

One of my favourite books of all time! I got this as a gift from one of my best friends in Hong Kong. Lanchester tells four different stories which all have one thing in common – life in Hong Kong – also known as Fragrant Harbour if you translate the Chinese name. For a Hong Kong lover like me it was a time travel into the city’s past linked with personal stories, drama, glamour and gossip. Just like the city is today. Lanchester manages to casually tell these stories but weave historic facts about the city into the book. I could not stop reading and it is on my list for this summer to read it again. Please, please read it, you will love it! If you have not been to Hong Kong, this book will make you hop on the next plane to the far East.

Unfortunately, I was only able to find the book in German. Nevertheless, I really wanted to share it here. The book consists of biographies of 15 travelling women wich span across five centuries and introduce you to fearless travellers who destroyed the plans – mostly men – had for their lives. You will meet mothers, wives, nuns, daughters who turned into world travellers, field researchers and even soldiers. Some of them had to pretend to be male and all of them had one thing in common: the fight against prejudice, for equality and the ability to create a life they actually wanted to live themselves. Some heroines are famous – such as Katherine Hepburn or Amelia Earhart (the first woman pilot crossing the Atlantic), others I have heard about for the first time. I also found it extremely interesting to read about Agatha Christie, one of my famous authors. I knew about her passion for the Orient, but I did not know that she was an archeologist who spent a significant amount of time in countries like Iraq. This book is truly inspiring. I hope it will be translated into English soon.

I love books about places I travelled to and which combine information about the place, historical data and personal stories. Robert Hughes takes you to his Barcelona and manages to beautifully describe this famous city. Even if you are not able to travel there immediately, you are taken onto a virtual trip. He lets you experience Barcelona’s history – often quite violent – and tells stories about local personalities while taking you to Barcelona’s most beautiful corners. Hughes introduces you to the history of the “Old City” and, at the same time, focusses on the newer developments in history which are inextricably linked to Catalan nationalism. Especially in times where local or regional identities and nationalist movements seem to be on the rise again, Hughes’s Barcelona is an interesting read to understand the underlying reasons for these movements and why these feelings and sentiments are easy to play on and used as a political advantage. It is definitely a different view to Barcelona – one of the most popular tourist destinations in the world, which has recently started to implement measures to tackle the tourist masses.

Corgi in the Garden – Is the Corgi Café in Bangkok Worth Visiting? 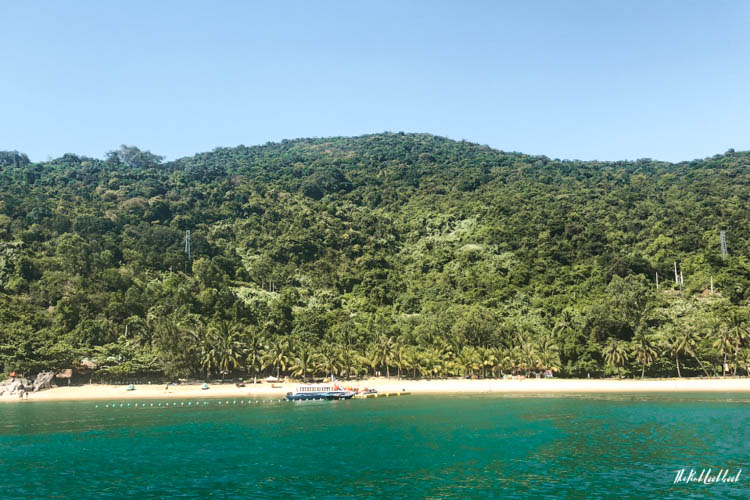